How VR Helped Us Design a Theatre From the Inside Out 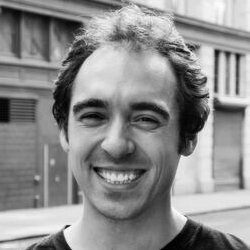 Since the release of the Oculus Rift DK1 in 2013, many have come to understand the valuable role virtual reality can play for visualizing architecture, but case studies of actively utilizing VR throughout the design process, and iterating on that design from within VR, are few and far between. In this talk, Alex Coulombe examines a project that’s done just that: the Brockman Hall for Opera, due to open later this year. Agile Lens in partnership with Fisher Dachs Associates and architect Allan Greenberg began using VR in the earliest stages of design back in 2015 to explore large scale design moves, refining and comparing a myriad of options in real-time. When nearing design completion the VR model became increasingly sophisticated, populating the theatre with a virtual audience, performers, set designs, and increasingly subtle decisions about lighting and colour were explored.